News broke a few weeks ago that Star Trek’s William Shatner will be spokesperson for a Canadian start-up that rents solar-powered computing space to cryptocurrency miners. This would be a weird piece of news, except for the fact that William Shatner is always doing something random. Whether he’s covering Pulp songs or appearing in World of Warcraft commercials, Shatner’s gonna Shatner, so we might as well get on board with this.

But this particular Shatnerism made us want to get deeper into the Star Trek / cryptocurrency tie-in. With the advent of Dogecoin, Catcoin, and pretty much any coin you can imagine, why aren’t there more Star Trek cryptocurrencies? And what would that even look like? Join us for this deep investigation.

A young Ensign named Wesley Crusher just won’t stop talking, much to Captain Picard’s chagrin. But maybe he just needs an incentive to. Enter in the Shut Up Wesley Coin, a cryptocurrency designed to make Ensign Crusher be quiet for once and for all.

We As a Civilization Have Moved Beyond Money Coin

The human species of the Star Trek universe famously has moved beyond money, and they never miss an opportunity to brag about it to different species they meet, and to each other. This would be fine, except we do see some humans using gold-pressed latinum and other currencies, and the whole thing just generally doesn’t add up. Enter We As a Civilization Have Moved Beyond Money Coin, or WAACHMBM Coin if you prefer an intensely ugly acronym. This currency will pay for all those artifacts that Captain Picard somehow collects despite not having anything to give in return, and it’ll pay for all that synthehol you pounded last night at Quark’s.

You must have known this was coming. Tribbles are adorable, and if we have cryptocurrencies that feature the Shibu Inu, then you know we have to have one featuring the tribble. This is the one Star Trek cryptocurrency that has the potential to actually take off based on furriness alone. 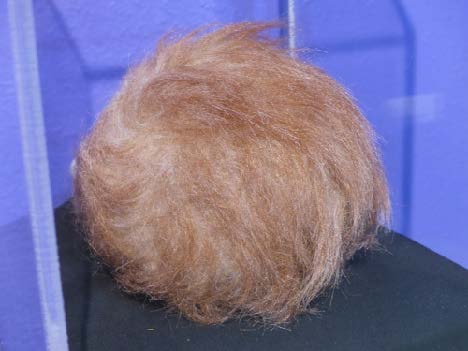 Q Coin is deeply unreliable and could disappear at any moment or become something completely different from second to second. Nevertheless, it is destined to be a fan favorite due to the quirkiness and imaginative nature of the character and coin. Q Coin just better pray that Sisko Coin doesn’t get anywhere near it, or else punches will fly. And you just better hope that Q Coin doesn’t put all of humanity on trial using you as a representative. Awkward!

This coin needs to be refrigerated at all times, much like the actual Breen species in Star Trek. Maybe Shatner will later move on to cryptocurrency refrigeration endorsements after having endorsed everything else in the world.

This coin is interconnected and undefeatable. It will eventually overtake all other currencies to become the dominant currency of the world, and there is nothing we can do about it. Resistance is futile!!

No one is exactly sure what latinum is, but that won’t matter much once this highly coveted cryptocurrency is released. Once you get your hands on some of this latinum, be wary of cunning Ferengi scammers who will try to take your latinum by any means necessary.

Star Trek cryptocurrencies are a pretty niche market, but as you can see, there’s something for everyone, whether you’re an animal lover, a socialist, a capitalist, or a refrigeration enthusiast. Is the current trend of making a cryptocurrency for anything a bit questionable? Sure, but as long as it’s happening, Star Trek deserves to be represented. Engage!