The Hidden Danger of Virtual Worlds

The Hidden Danger of Virtual Worlds

On a summer afternoon, a number of Microsoft employees were invited to attend a training seminar.

But, instead of grabbing a pen and heading to the boardroom, they plugged themselves into a set of headphones and fired up Second Life.

This online social “game” was huge for a number of years in the early 00s, mainly because it offered average, everyday citizens an escape from the monotony of real life. Through a digitized landscape, users could create new “lives” that were as hedonistic as they chose.

For Microsoft employees, the pixelated replica of the Microsoft building was the location of their training seminar. But it wasn’t just Microsoft that jumped on the bandwagon – big-name rock stars lined up to perform virtual gigs and real-life travel companies sent correspondents into the melee to report on the latest developments. 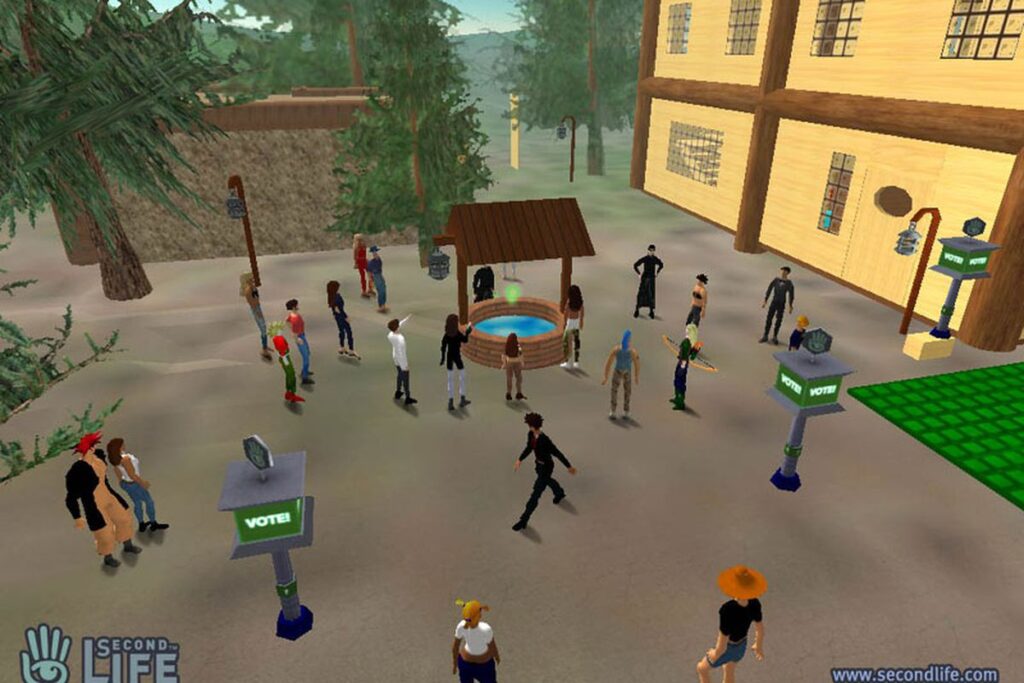 For all intents and purposes, Second Life was real life – except you could enjoy it from the comfort of your own home.

The “game” (a term which should be used loosely in this context because, well, there’s actually no way to win at Second Life) was inspired by Snow Crash, the 1992 novel by Neal Stephenson. In the book, citizens navigate around a digital world created and run by independent entrepreneurs – a concept that’s becoming more and more real by the day.

The purpose of Second Life isn’t to gather as many gold coins as possible or figure out a mission set by a wiry old wizard. Instead, it is simply a digital escapist fantasy that allows users to be whoever they want and do whatever they want away from the restrictions of the real world. 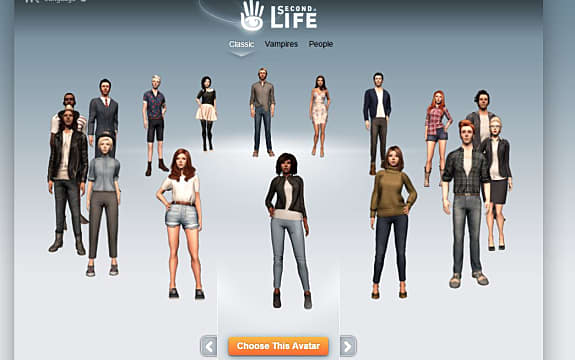 While the possibilities were (and still are) endless in Second Life, one phenomenon was quick to surface; that normal people submersing themselves in the game were acting pretty much the same as they would in real life. This made it a fascinating environment to study the social behaviors of people in a pre-built stage.

Sure, stories emerged of people having affairs on Second Life that affected real-world marriages but, for the most part, people used it to escape reality and… do pretty much the same as they were doing in their real lives.

What is the Metaverse?

Let’s backtrack for a minute.

The Metaverse is a term that dates back to Stephenson’s sci-fi novel. It was the name given to the virtual world in which the characters interacted and lived, and it’s now the term being given to a blockchain project that essentially aims to replicate the real world in a digitized format.

In Snow Crash, “players” moved around as Avatars while the central strip – known as “the Street” – could be built on by developers, creating an even more entangled version of reality.

The goal of the Metaverse project is to build an entire universe where digital assets and digital identities are the basis of transactions to create a new kind of ecosystem that has the potential to completely change human society.

Even back in 1992, Stephenson had an insightful eye into what the future might hold for humanity. Today, our lives resemble those of the characters in the book – our work and lives are becoming more and more digitized, with people spending more time online than offline.

The way we communicate has undergone a complete transformation, where we now send clipped messages via the internet rather than having to face talking to real people. Soon, we might see even more transfers – both human and asset based – taking place on the blockchain which will shift the entire economic world.

It can be a hard pill to swallow, but some might argue we’re already halfway there. Enter the New Reality.

With people increasingly living their lives out online, there’s one big elephant in the room that keeps bubbling away below the surface – data privacy.

In the real world, we don’t have to enter a username and a password to wake up in the morning and, when we pass people on the street, our full names and addresses aren’t typed out in a bubble above our heads.

Online it’s a different story. And, in fact, with the likes of Second Life and social platforms like Twitter and Facebook, users seem to be actively willing to hand over their information to access their feeds. 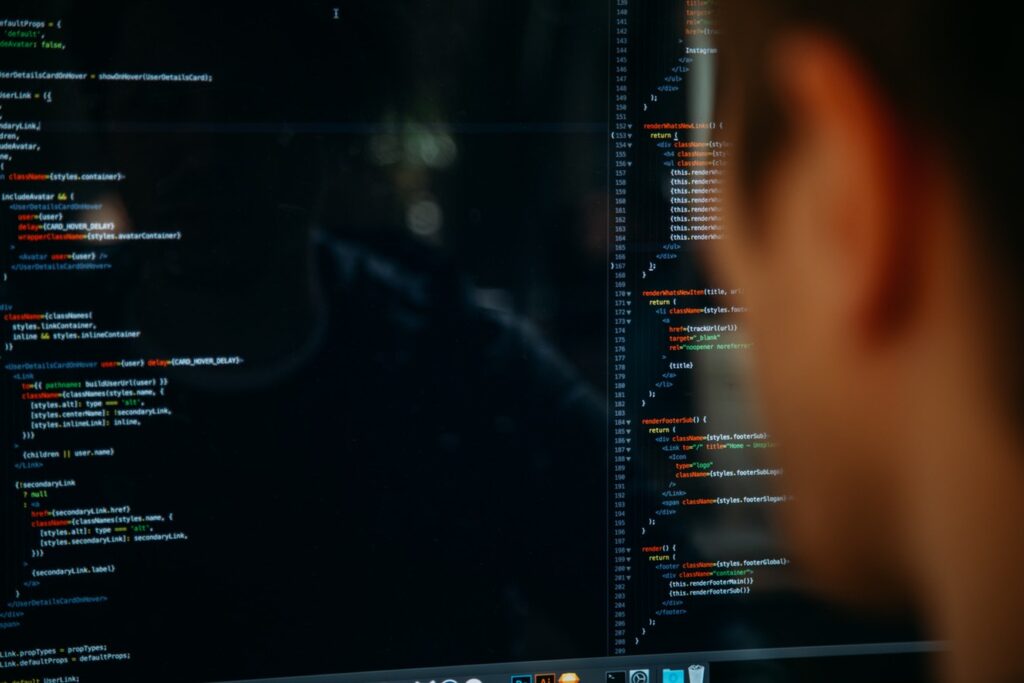 This raises the question of whether privacy will soon be regarded as an outdated social need or whether it will evolve into something else entirely. At the moment, the rules of the online world are considerably more open and vague than those in the real world, but this might have to change when the Metaverse comes into play.

Because so far, most virtual reality games and landscapes are built in a “walled garden” format. They run behind corporate firewalls and aren’t interconnected in any way. When you enter one world, you’re essentially caged in and avatars can’t travel between two different digital worlds. In this case, security isn’t necessarily a priority, because data isn’t being transferred from the hands of one corporation to another.

The problem arises when virtual worlds are built on open source software. This means avatars can travel between different virtual landscapes. And, for now, the majority of these platforms are built by developers in their spare time, which means that security is a low priority for them.

Take OpenSimulator, as an example. This software powers over 300 different public worlds and even more private ones, covering an area of 15,000 square kilometers. The software means anyone can set up a virtual world via the Oculus Rift without having to break the bank. 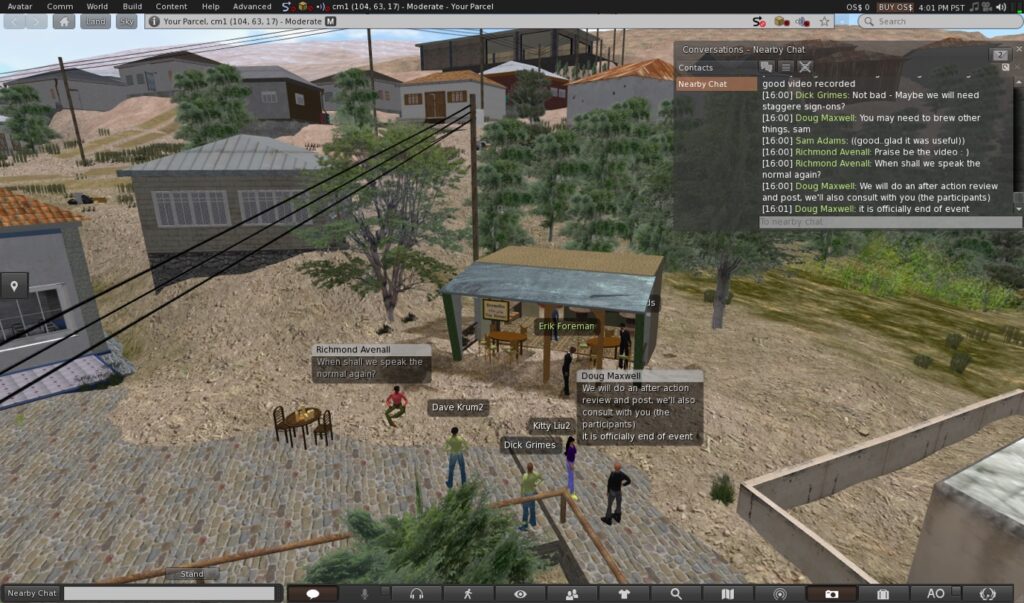 MOSES, one of the worlds built with OpenSimulator, is owned by the US Army, and the problems with security are already doing the rounds. At the moment, it’s difficult to know how to go about addressing data security issues when this new digital landscape is so new (despite its fictional origin in the 90s).

For now, it seems, the Metaverse is an experimental place to dabble in the future of humanity. The fresh excitement of it and the relatively unknown future it holds means security isn’t necessarily a priority for developers.

But soon, when more and more people start venturing into their online lives, we’ll have to sit down and seriously think about what data privacy means in this new landscape, particularly when it comes to things like authentication, content protection, and secure communications.

But, if Second Life is anything to go by, the population of people who are ready and willing to escape reality and immerse themselves in an online parallel universe are more concerned with who they will be there than who will take their information.