Do Your Apps Know Too Much About You?

Do Your Apps Know Too Much About You?

Two years ago something incredible happened.

A simple computer game brought the world together and got gamers out and about into the big wide world. But after the immediate rush of excitement about “catching ‘em all”, users started to realize something a little more sinister about the Pokemon Go app.

As well as letting them throw imaginary Pokeballs in real-life locations, the iOS version of the app was caught accessing almost all of users’ Google account information – everything from emails down to photos.

Two years later, Mark Zuckerberg made a statement about the vague data collection techniques apps were using through Facebook. He was keen to iterate that Facebook does use sound clips from videos recorded directly onto Facebook to serve relevant ads after questions around this became louder and louder.

But his statement wasn’t exhaustive enough in covering what exactly our apps know about us.

This is because of the ambiguous nature of app permissions.

They tend to be oversimplified so as not to overwhelm the user, but below the simple sentences and soothing reassurances they can gather a huge amount of data with every single interaction.

Of course, some data collected is absolutely necessary for the apps to work in the first place. For example, a photo app won’t work if it can’t access your photos, and Uber needs your location information so it can pick you up in the right place – duh.

But once you give apps that need information access to your data, they can start to worm their way under the surface to dig out more and more information about you and your behavior.

Once you give away your location, app makers are then able to use that information to figure out what floor of a high-rise you live on or the places you visit the most.

Why Apps Want Your Data

Data is gold for app makers. With information about their user base, apps can perform all sorts of other actions, like: 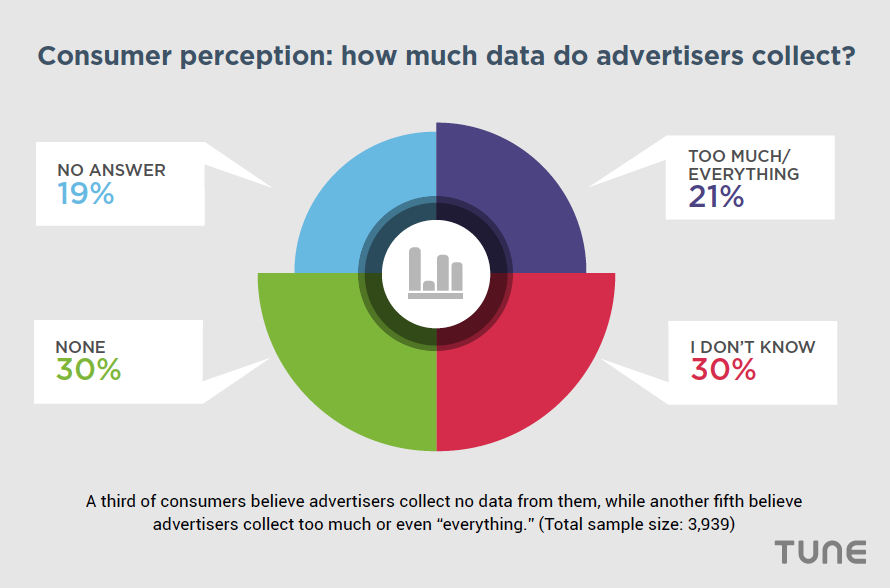 A whopping one-third of consumers don’t think advertisers collect data from them.

App Permissions: What Do Your Apps Know About You?

Now you know why your apps might want to scrape together the digital breadcrumbs of you, let’s take a look at what they actually know about you, because it can be easy to jump to conclusions and envision a Big Brother type scenario which often isn’t the case.

Your smartphone is actually packed full of sensors which can decipher your whereabouts, what speed you’re traveling at (including what form of transport you’re traveling on), and which way up you’re using your phone.

But you’re not completely powerless.

This is where app permissions come in, a.k.a. the “barrier” between app makers and the data stored in your phone. When a pop-up shows up on your phone with a permission request, it’s up to you to decide how much data you pour into the hands of the app maker.

However, this is easier said than done, and that’s because very few apps give detailed explanations about what information they’re going to collect and use.

Many app makers do this in the interest of their users; they don’t want to overwhelm them with technical drivel, so they keep it simple. But this means that a lot of users don’t actually know the full extent of what they’ve agreed to.

If you want to know exactly what an app can and can’t see about you, there’s a way. 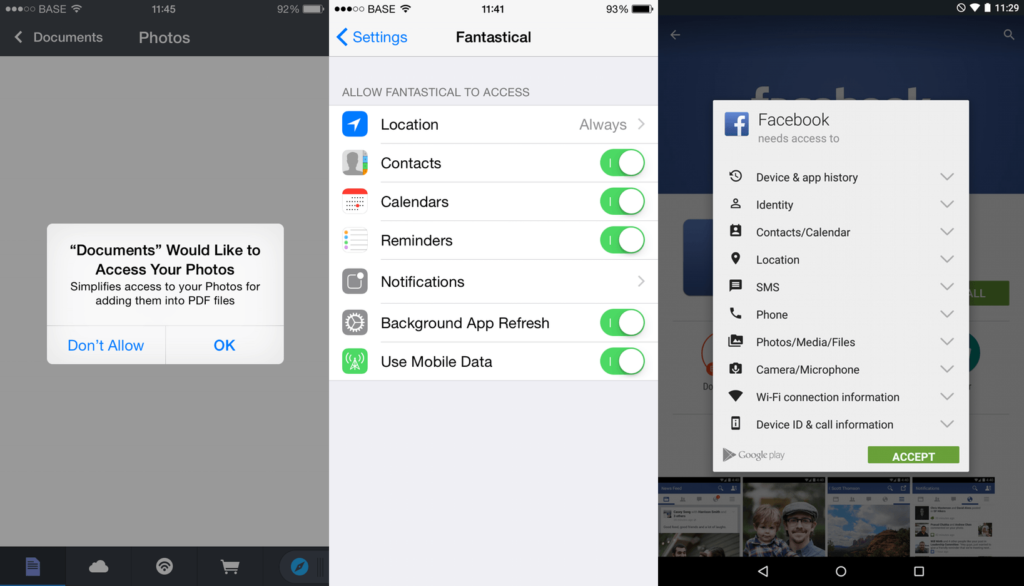 On an Android device:

On an iOS device:

On both kinds of devices, you can usually switch off permissions with a toggle button to pick and choose what data can and can’t be collected (though bear in mind that some apps need certain permissions in order to run).

And, though this is a good starting point to find out what your apps know about you, it doesn’t always give you the full story.

Take the incident with Uber recently, where it was discovered that the app was secretly recording screen activity on iPhones. The company hit back that this was to improve functionality with the Apple Watch app, but it just goes to show that even if you think you know what an app can find out about you, there might be something more sinister going on.

How Are Things Changing When It Comes to Apps and Data?

Phone providers are now cracking down on what app makers can and can’t do when it comes to permissions – particularly location permissions. 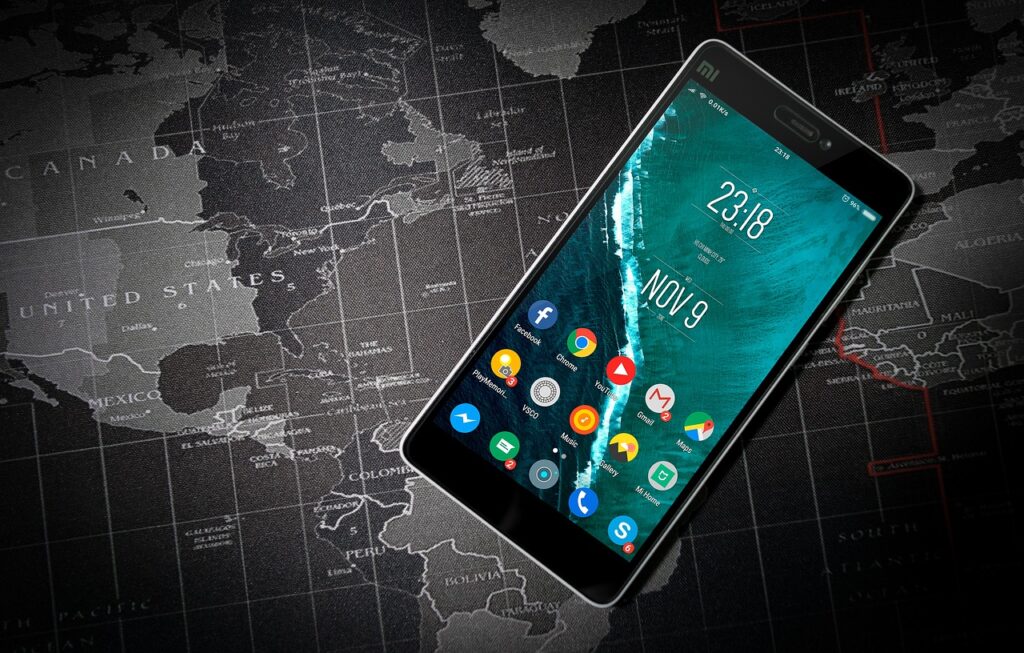 When requesting location access, app makers now have to adhere to the “only when using the app” rule, which means they can’t track users when they’re not inside the app.

But while control settings are getting tighter, they’re also getting more and more convoluted. App makers are starting to bundle permission choices together and still aren’t quite there with letting their users know exactly what they’ll be using data for.

Apps that require users to “unlock” a particular permission in order to use the app as it’s supposed to be used are doing so without giving away whether they might share it with marketers and advertisers too.

What it boils down to is this: people have every right to choose what they do and don’t want apps to access, but there’s not much they can do if the app in question needs their location or access to their photos to work as they’re supposed to.

In these instances, it’s up to the user to decide whether they want to continue to use the app or give it up entirely.

And, until app makers get clearer with what they use data for, many users will remain in the dark about what data app companies are collecting about them and what they’re doing with that information.