How Cryptocurrency Is Already Changing Our Day-To-Day Lives

How Cryptocurrency Is Already Changing Our Day-To-Day Lives

In California, a man walks into a bar and pays for his drink and a pack of peanuts using a Bitcoin debit card. No, this isn’t a joke and there is no punchline – this is real life.
The man hands over his BitPay card and takes a slurp of his locally brewed beer. No one bats an eye.
For many, the simple transaction of tapping a card onto a card machine and hearing the “success beep” is a normal part of everyday life. Onlookers will have seen the man in the bar’s transaction as just this. But, instead of paying with the normal currency that we know and love, he paid with a digitized currency.
Even just a couple of years ago, this would have raised eyebrows, but today it’s about as normal as you can get from a currency that lives in the digital stratosphere. You can’t touch it, you can’t smell it, and you can’t see it – but it’s there.

We all know that Bitcoin and the “cool” world of cryptocurrency is making hefty waves in the financial industry (makes sense, considering it’s a currency), but it’s also creating an impact in other areas of our lives.
While in the future, our daily spending and activities might be fueled by Bitcoin, for now things are just getting started. Paying for coffee, beer, and pastries using a debit card linked to our Bitcoin account is only the beginning. 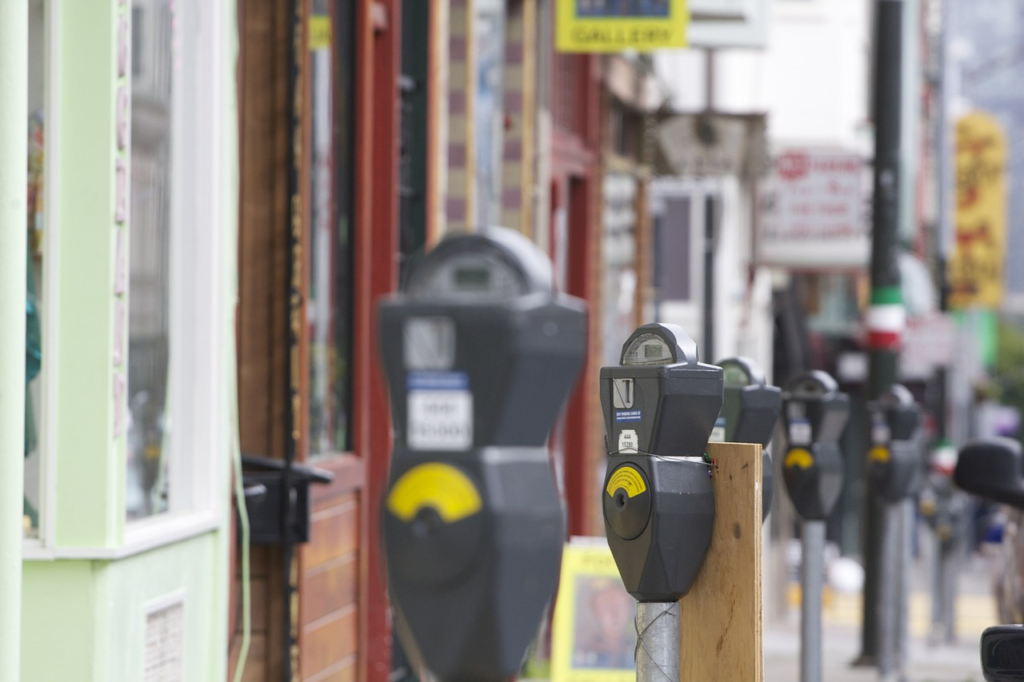 Soon, we might find that parking meters no longer accept physical coins or normal card payments, and instead might only take digital tokens that are purchased online. Small businesses might also choose to operate solely in cryptocurrency, because transactions tend to be cheaper, quicker, and safer.
And, in the not too distant future, we might see mega-companies like Uber taken over by decentralized organizations that are powered by smart contracts.
The surge in popularity of Bitcoin over normal payments isn’t limited to big companies or a specific part of the world either. In less than ten years, we might see tiny tour companies in the Himalayas and mammoth tech brands in Silicon Valley both operating under a Bitcoin-only policy.
While this might bring non-techies out in a cold sweat, for others it instills a sense of warmth and safety. You see, since 2017, more than a billion dollars have been stolen through credit card fraud, causing 5.2 million people in the UK alone to ditch their credit cards and find other forms of payment.
The introduction of cryptocurrency as a widespread and accepted form of payment could change this. In fact, one of the biggest selling points of cryptocurrency is the security and safety of transfers.

Grocery shopping is a necessary evil. It’s something we do every day, or every week, and it’s an important part of being a human. For years, we’ve gone to the shops, brought the food we need, paid by cash or card, and gone on our merry way.
But now things might be changing. In Safeway and Albertsons stores in California, Texas, and Washington, customers can now use in-house Coinstar kiosks to buy Bitcoin, all whilst doing their weekly grocery shop. 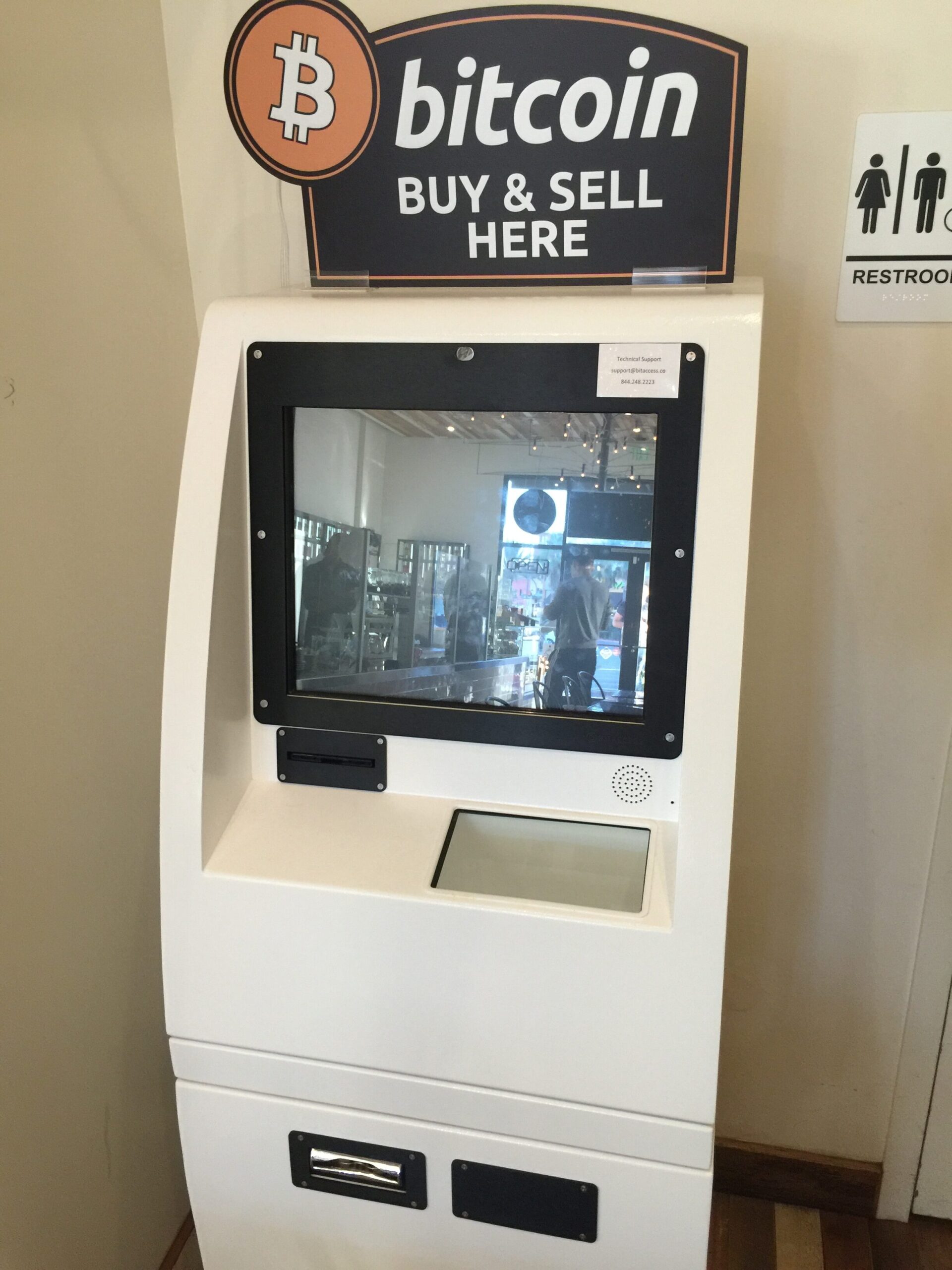 It’s not like other Coinstar machines, where you plug in coins and it adds them to your bank account or changes them up into other denominations. Instead, if you use one of the kiosks, you’re essentially buying into digital currency. When you input your cash, you get a code that you can redeem in the form of Bitcoin on Coinme’s website.

It’s not just Coinstar that’s helping people turn cash into Bitcoin. There are actually more than 4,000 bitcoin ATMs around the world, with Coinme ranking 9th amongst these cryptocurrency ATM operators thanks to having kiosks in 54 locations. Genesis Coin and General Bytes take the top spots, with more than 1,000 ATMs each.
When you think about it, drawing money out at an ATM is an inherent part of everyday life. Everyone – young and old – regularly pops to their nearest machine to get cold hard cash delivered direct to their hands.
It makes sense that these are the places that Bitcoin is creeping into first. Rather than solely benefiting only the tech-savvy population, Bitcoin is becoming a part of life for the Average Joe (or Josephine), too. It’s just a start, but could this set the precedent for the future?


The Future of Currency

While we’re on the topic of the future, what’s in store for cryptocurrency and normal life? For many people, cryptocurrency will become the standard currency around the world, eliminating exchange rate fees and other costs that come with changing up money.
But this is probably just a pipe dream.
In order for cryptocurrency to become an integrated part of everyone’s daily life, it needs to be easy for everyone to participate. To do this, there needs to be more education on what exactly Bitcoin and its digitized currency counterparts are and how they can benefit general daily tasks.
As soon as people from all corners of the globe are able to realize the pros of cryptocurrency and are happy to take advantage of them, we’re likely to start seeing new businesses flourish in this arena.
Instead of paying hefty bank-enforced transaction fees, even the smallest of companies will be able to save money and carry out quicker transactions with the technology surrounding cryptocurrency.